All About The Ruthless Bawariya Gang Behind The Bulandshahr Gangrape

This disgusting gang has committed a lot of crimes – murder, rape, burglaries and/or assaults and their name is enough to send shivers down the spines of villagers and even the police. Five men allegedly part of UP’s infamous nomadic trive, Bawariya gang were arrested on suspicion of being involved in the gang rape of a woman and her teenage daughter in Bulandshahr. The family who witnessed the rapes have now identified three of their attackers from among the arrested men. 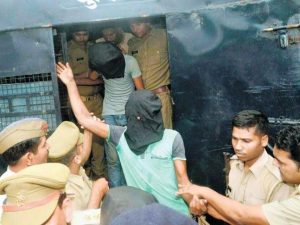 Here are a few things to know about them: