Why Audrey Hepburn is a Role Model?

Most of us know Audrey Hepburn as a beautiful woman – a woman who was one of the defining individuals of the film and fashion industry of her time. But what a lot of us don’t know is that Audrey Hepburn was a woman who used all the fame and fortune she received in her career to become a commendable humanitarian. Young Audrey was living in Netherlands when it was attacked by the Nazis’ in 1940. Due to the food shortages and terrible living conditions, she suffered from malnutrition, respiratory problems, oedema and anaemia. When the Allied forces landed on D-Day, the situation became worse than ever. People of the city starved to death due to the total devastation of Arnhem after fighting operations and the Dutch famine in 1944. When the country was finally liberated in 1945, United Nations Relief and Rehabilitation trucks entered the city. Audrey said in an interview that she fell ill after adding too much sugar in her porridge and eating a can of condensed milk. Thetraumatic experiences she had suffered in her early years led her to become an enthusiastic and dedicated supporter of UNICEF (United Nations International Children’s Emergency Fund) in the latter part of her life.

She was appointed the UNICEF International Goodwill Ambassador in 1987. She travelled to twenty of the poorest nations over the next five years. She reported the conditions of children and families suffering from natural and man-made disasters to the international media, world leaders and governments in order to provide them with the help that was needed. Her first field assignment was to Ethiopia. There were millions of people who had died due to the famines, droughts and civil war that had wreaked havoc in the country over the last few years. As Audrey said to a Congressional subcommittee, “I saw mothers and their children who had walked for ten days, even three weeks, looking for food, settling onto the desert floor into makeshift camps where they may die. I have a broken heart. I feel desperate. I can’t stand the idea that two million people are in imminent danger of starving to death, many of them children.”

In Turkey, the priority was to vaccinate all the children of the country against the six main child-killing diseases: measles, tuberculosis, tetanus, whooping cough, diphtheria and polio. Once the date was set, this entire mission was carried out in ten days. Street children and education were the focus of her South American tour in October 1988. 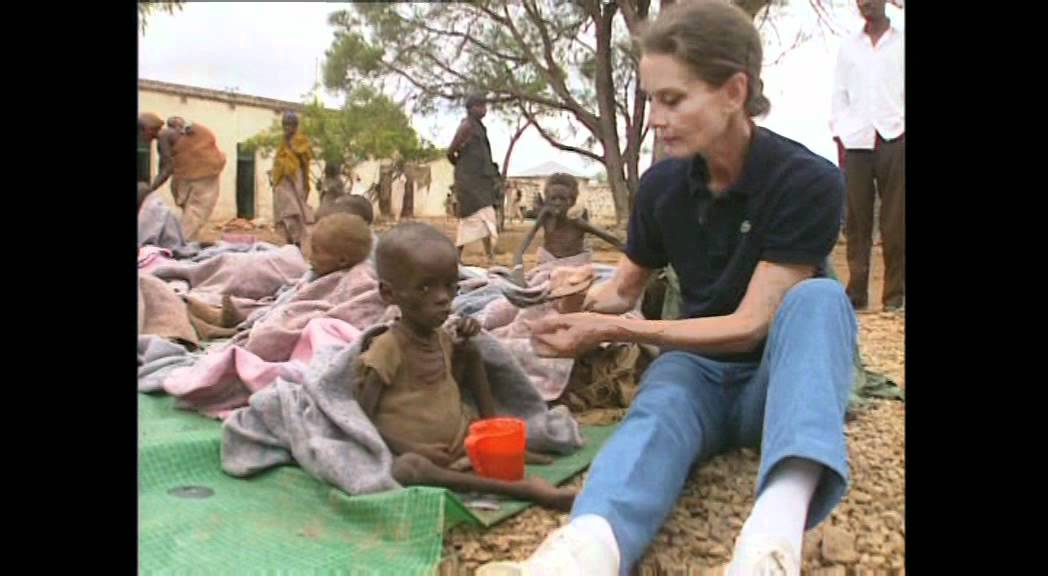 She wanted to help the people of Bangladesh after the country had been ravaged by floods and famines. She said, “I want to go there and be with them and promote their cause.” In October 1990, Audrey led a mission in Vietnam whose main purpose was to get the government to support water and immunization programs of UNICEF. Audrey’s hardest mission was to Somalia in September 1992. “She came back and said, ‘I’ve been to hell,”‘ said her son Sean, “and every time she spoke about it, she had to relive it. Nothing ever prepared her for going to a camp and meeting a little kid and coming back the next day and he wasn’t there anymore. You’re supposed to go back to your hotel room and drink bottled water? Get on a plane and go back to your regular life? It throws your whole world out of balance.”

Audrey continued to work relentlessly for UNICEF when she was not on field missions. She testified before the US Congress about the true conditions of the nations she had visited, took part in the World Summit for Children, launched UNICEF’s State of the World’s Children reports, took part in fund raisers and benefit concerts and gave many speeches and interviews promoting UNICEF’s work. “Taking care of children has nothing to do with politics,” she said. “Politics has nothing to do with one’s helping a dying child. Survival, that’s what it’s about. I think perhaps with time, instead of there being a politicization of humanitarian aid, there will be a humanization of politics.”

About the Author: This article is contributed by Aashna Banerjee, our Intern.