Taking away someone’s identity is like taking away someone’s soul. Agree? Because a person is recognized by his/her identity & women in India are always referred to as someone’s wife, someone’s daughter, someone’s mother, someone’s sister, someone’s student and what not! None of these identities are derogatory but why can’t we just be known by our own name? Why do we always have to be addressed as someone’s something? This in itself is a crucial issue. After getting married, the miss becomes Mrs. Husband’s someone but the identity of the husband does not change, may I ask why? This is because our society always wants to make us belong somewhere and societal idea of belonging means conforming to a particular household’s notions and customs. For instance, married women wear sarees, mangalsutras, sindoor and chuda. Now as soon as a woman becomes Mrs, she is expected to do all the above mentioned things and if she doesn’t then either she is a loose character woman or she is a rebel. She just can’t afford to not wear a sari because she doesn’t feel comfortable in it. Our society does not give this basic freedom of what to wear and what not to wear to women. It’s insane, heartbreaking & not equality, basically! In fact our society has certain notions about how a woman is supposed to be! Now this is the life of a normal middle class woman in India. Imagine the life of somebody who has been raped! Terrible, makes me get goosebumps. 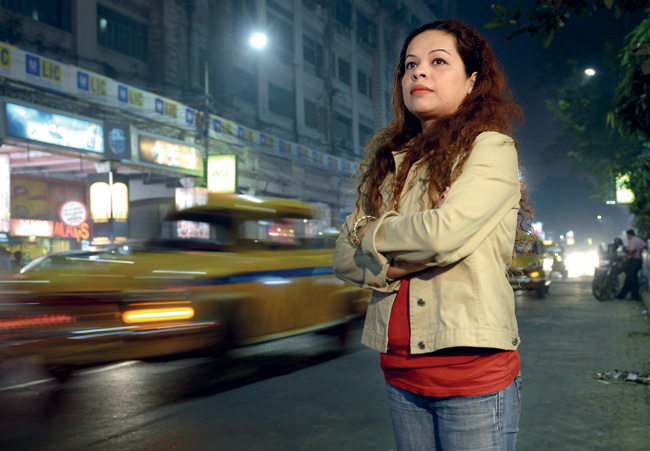 The notions about a woman being a certain way have perhaps taken all the women in the country under its dark shroud. Any woman who defies these notions is denied her place as a human being in society. Let’s talk about Suzette Jordan, a wonderful woman who died on 13 March ’15 because of meningoencephalitis in a Kolkata hospital. Suzette was a strong woman who died fighting for justice for herself and several other women who go through the trauma after being raped and are victims of rape and social and legal injustice that follows.           Suzette who got gang raped in Kolkata on 5 February ’12 at Park Street was identified as Park Street rape victim for a long time and had been denied jobs, had to face humiliation, disrespect and crass attitude from everyone and everywhere. The reason? Only one. Because she had been raped and she did not conform to any of the notions that we have deliberately imposed on women who have been through rape and survived it. She was an extraordinary woman who chose to live her life like a normal young single mother of two would have. She did not want that one night to get in the way of her life. But the stigma that is attached to being raped and being a rape victim was too much for her to deal with.  Even Bengal’s Chief Minister, being a woman herself, shamed Suzette and said that her story about rape has been cooked up. All this because she went drinking with her friends in a club at night and well, women in India don’t go to club and drink. Deep within, she made Indian society uncomfortable with her unabashed attitude and equality that she thought she should have, irrespective of her gender. India hated Suzette Jordan. They stay at home in draped sarees and cook meals for their husbands’. That’s how our Indian society wants their women to be! I don’t understand the hypocrisy of our Indian society. On one hand, they want their women to reach for the sky and on the other hand; they can’t give their daughters, sisters and wives enough liberty to live life the way they want and instead of teaching their sons to respect women, they confine and restrict their daughters how so ever they can. But the article about hypocrisy of Indian society is for another day. For now, if you could maintain our identities as women, that would be enough!

About the Author: This article is contributed by Rashmi Bagri, our intern.

gender equalityrespect women
Prev post This Man Harassed This Woman In Public. What Happened Next Is Awesome.
Next post The most Inspirational video for women ever