Twinkle Khanna naled it while talking about the sexist criticism faced by above HRD abbot Smriti Irani, and the contempo altercation about Serena Williams’ nipples at Wimbledon.

Excerpts from the blog here:

Misogyny is a nebulous creature. It flies out from the mouths of poker-faced men and surprisingly also from jeering women, flutters around the room, not quite settling down at first, till it finally sinks in and nips your skin. But if you tear or bleed or cry or weep, then alas, you are being the hysterical, hormonal woman that hadn’t they already foreseen? Smriti Irani, former HRD minister, is one such woman in the midst of a clearly misogynistic storm of ridicule. A formidable woman, a successful woman and now a woman dethroned from the lofty world of academia… Her tenure may have been riddled with controversies — replacing German with Sanskrit as the third language in Kendriya Vidyalayas, Rohith Vemula’s suicide, the JNU debacle… But in the cabinet shuffle that led to Smriti Irani being shifted to textiles… none of the other ministers made an appearance on the front page of an English daily with the headline ‘Spinderella’, or on WhatsApp jokes that had the PM texting Mrs Irani saying, ‘Sorry Honey no HRD feelings’. And I doubt that the sizes of the minister’s shirts were discussed even as the size of her blouse made the rounds of the Twitter world… 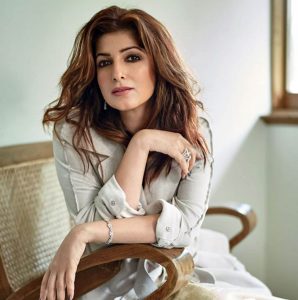 But Mrs Irani can take heart from the fact that she is not alone in this Gordian knot. Serena Williams, tennis champ with 22 Grand Slam titles to her name, has also recently been a victim of body-shaming. Last week as she played at Wimbledon, there were jokes as well as outrage that one could see her nipples through her white tennis outfit. Yes, she has nipples, I have them, my 70-year-old neighbour who wears a cotton vest under his shirt but still manages to inadvertently flash his nipples all over the building compound definitely has them. But this also led me on an interesting quest. So, last night, when the man of the house called out, ‘Come to the table for dinner!’ Hunching over my computer screen, I absentmindedly said, ‘Not yet, I am trying to find a picture of Leander Paes’ nipples!’ This reply, of course was met with stony silence, but lo and behold, a minute later, I had a picture of Mr Paes and his nipples sticking out of a sweaty black Nike t-shirt as he swung his racket fiercely; and I also found pictures of a whole bunch of other male and female tennis players exhibiting the same. But I understand why there was such a hue and cry over Serena’s nipples. How else will you try and pull a woman on top of her game to your level, obviously not when the only thing you swing is a fly swatter while sitting in front on the TV and even then miss three of the four flies sitting on your bowl of French fries? So, you simply body-shame her. Or like Andrea Leadsom, you deride a woman by slamming her reproductive abilities. Before Theresa May took over as British Prime Minister, Ms Leadsom, another contender to the post, had suggested that being a mom makes her a superior candidate over Theresa May. Because ‘that means you have a very real stake in the future of our country.’ Has it ever occurred to any of the opposition leaders to ever suggest that Prime Minister Modi is not a good candidate to run our country because he doesn’t have children? Ladies and Gentlemen, do go ahead and judge women, but use the same measures with which men are assessed — on their skill, talent, efficiency, determination, work ethic and not by the substructure of their biology. You can read the entire article on The Times of India.