He Hacked Her Account & Threatened To Expose Her Nude Photos. Here’s How She Fought Back

A woman is being threatened by a bully who plans to make public some private photos and videos of her if she does not “excite” him. But this is how the brave woman stood up to the cyberbully. According to India Today, Taruna Aswani, a Mumbai girl that now lives in Maryland, USA was contacted by one such cyber bully and her courageous response to his threats stands to inspire women everywhere. The anonymous hacker emailed Taruna telling her he’s hacked into her Google cloud data and has access to media that she had previously shared with her boyfriend at the time. In return for not releasing these to her friends, family and colleagues, the man asked her to send him nudes. However, Taruna chose to fight back. 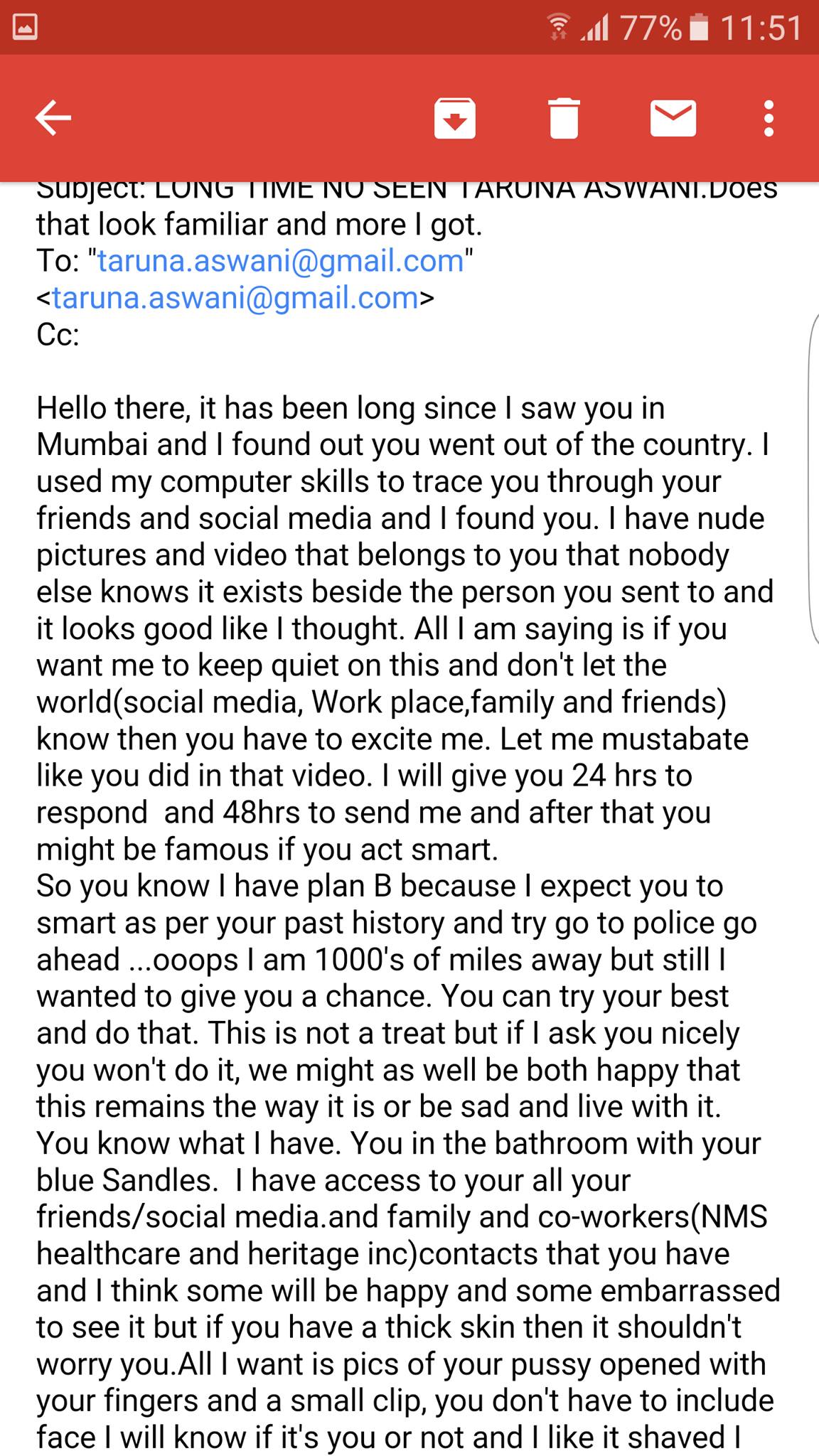 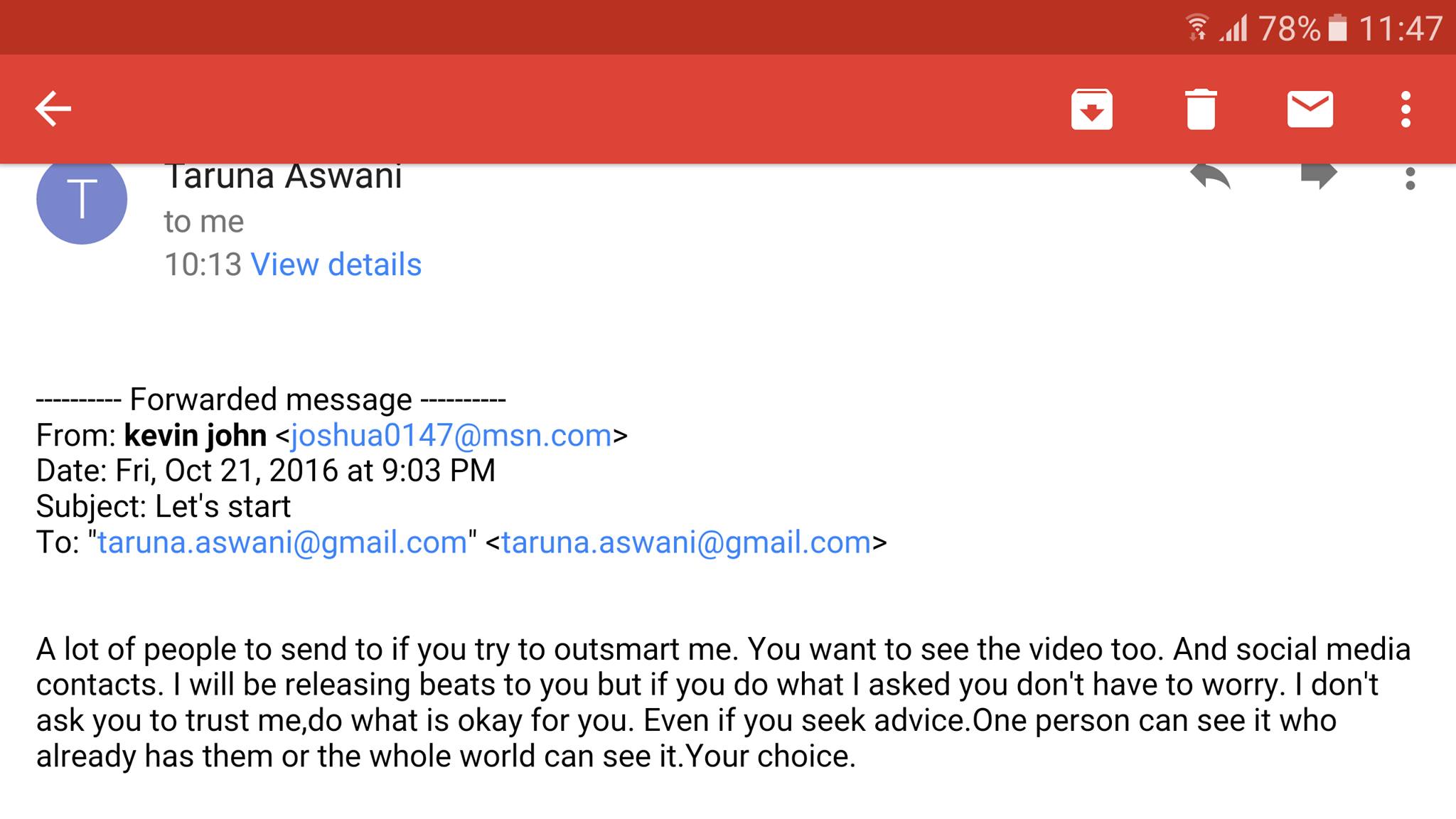 She’s written a post on Facebook, informing those in her life about the man’s threats and admitting that, “As embarrassing as the videos may be (they were sent to my boyfriend at the time), I do this so that other women may take a lesson to stand up to bullies and low life’s like this and may get the confidence to stand up as well.” Read her complete post here: