When did you feel uncomfortable for the last time? Maybe, it was today in the morning when a brazen stranger looked at your cleavage too long at the bus stop, and you decided to change your route. Maybe, it was yesterday when a man came too close to you in line that you felt his breath on the back of your head. Maybe, it was several weeks ago when your sister’s boyfriend said that you need to lose weight and ate your piece of cake. Every day can bring you a meeting with an unpleasant person who will make you feel uncomfortable this or that way, so you should be ready to put an end to that as soon as possible. 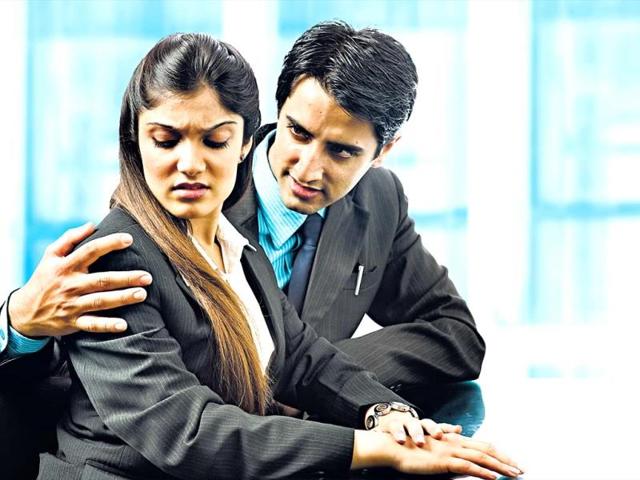 Look at these 10 ways to deal with men who embarrass you and make uncomfortable.

2. Don’t take your eyes off:
If someone is staring at you, and you don’t like that, just ask a man, “Are you done eyeing me up?” It might sound a little bit rude, but you shouldn’t just turn away as if nothing is happening. If a man allows himself to make you feel uncomfortable, don’t feel guilty for being a bit rough.

3. Say no if something is wrong:
It’s a very small but a very powerful and useful word, which you shouldn’t forget when you want to refuse something. This word can help you avoid a situation in which you can feel uncomfortable. It doesn’t matter who you are talking to if you feel awkward, you should say no. Ukrainian beauties face excessive attention all the time, but by no means, all men behave like gentlemen.

4. Say everything directly:
It often happens that people don’t really realize that they are doing something wrong and make you feel uneasy. So, one of the best ways to deal with the situation is to say directly about the problem, which has occurred.

5. Don’t let a man blame you:
You don’t have to be okay with everyone and everything, first of all, you are a person who has their own beliefs and a number of principles. Don’t let anybody blame you for things, which seem irrelevant to them.

6. Assume responsibility for the situation:
When you see that something is wrong with the talk, and you feel uneasy, try to meet the challenge and assume responsibility for it. Don’t afraid to go against somebody’s opinion. If someone allows themselves to ask about too personal things, and you don’t want to answer, don’t be shy to put the person in their place.

7. Try to avoid unpleasant people:
If your good manners or upbringing doesn’t allow you to be rude to people, try to avoid situations when you can run up against unpleasant people. However, it is not the easiest task, so you should better learn how to confront.

8. Tell someone close to you:
If you feel that things are starting to spin out of control, and the situation can become even worse, don’t hesitate to tell everything to the person close to you. It will be better if this person is older and wiser than you. It’s not only about family members, it can be anyone who will surely support you and help.

9. Speak out and leave:
If you have already told a person that you feel uncomfortable, but they don’t react to your words, the best way to deal with that is to leave. Don’t make many efforts to make a difference. Your leaving will speak volumes.