Millions of dreams in her eyes and unbounded wings of hopes, this was the best line which could define her. First year of her college was over and she was spellbound with the fact that she has managed to get a summer internship in her native city, now she can live along with her parents and can meet her love of her life whenever she wants as she was in a serious long distance relationship. Knowing this she was filled up with enthusiasm and zeal. Her office was a newspaper editorial office. She used to spill up the whole environment energetic, even her workplace. Her all seniors were very happy with her and she had become the favorite of all. In short everybody loves her and she loves everybody. But who knew that very soon she is going to face such mishaps that could change her life from sober to simple? As usual, it was a simple normal day; she reported in the office exactly at 11:00, she checked her fb account as usual. But suddenly the phone rang up, it was from the radio station, set up at third floor in the same building in which she work. She was befriended by an RJ three days back. They met thrice that too on the footsteps of the office doors, but when she got a ring from him, she was bit surprised. The RJ asked her to come to him as he need some assistance from her regarding creative accounting. Till that very time no seniors have arrived in her office, so she can’t deny that RJ and in a moment she ran upwards. She entered the Studio… But she saw nobody apart from that RJ. She doubted that something is wrong but was not able to sense it. The RJ asked her to come in and sit his cabin; she followed his instructions and got seated in his 4 walled cabins. The RJ entered and locked the room from inside. She immediately got alerted that something is wrong here. She queried what he is up to, and there it begins the war of cruelty and innocence. He tried his every bit and corner to get attach with her. He was literally killing the soul of that girl… At first she strongly opposed, denied and fought against his dirty wishes and desires but after minutes of fighting, kicking and shouting back, she surrendered, she was tired of shouting, as nobody was there to hear her plead. She was bathing over with tears and her crewed destiny. But it was her luck and her belief in god that RJ’s phone rang, he went a little far away from that girl to receive it and that was the moment she opened the latch and came running downstairs. 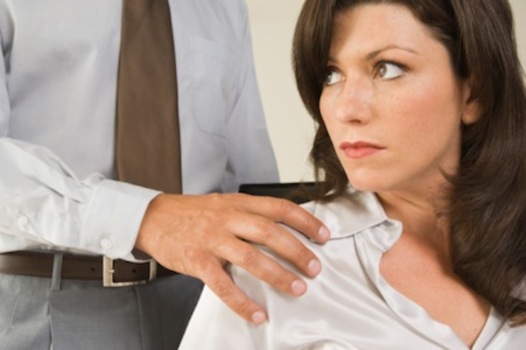 This incident was never reported to police, not even to her parents and her seniors. Still, it’s up to her and her boyfriend that what happened there in the Radio Station and what might had Happen if the phone bell haven’t rang. This might be a crude example of something which happens with every girl and the moral of the story is self explanatory.     ——- Anonymous