Is Marital Rape a Crime?

Marriages – Happily Ever After!! It is a promise that binds two individuals together. But when the people involved start treating their significant others as their properties the institution of marriage begins to crumble. Thus, making it a living nightmare for both of them. In our country, where marriages are arranged there might not be a strong understanding between the husband and wife and in those circumstances they might be reluctant to indulge in a physical relationship. But forcing themselves on each other just because they are married and therefore legally have a right to their partner’s body makes the physical aspect of relationship downright disgusting. It is a form of abuse and can easily be categorized as a crime against women. Rather, a heinous crime that not only tortures the victim physically but also robs them of their mental and emotional peace. Add into it the fact that this kind of abuse is not recognized by the society which makes it almost difficult for women to raise their voices and thus it prevails. 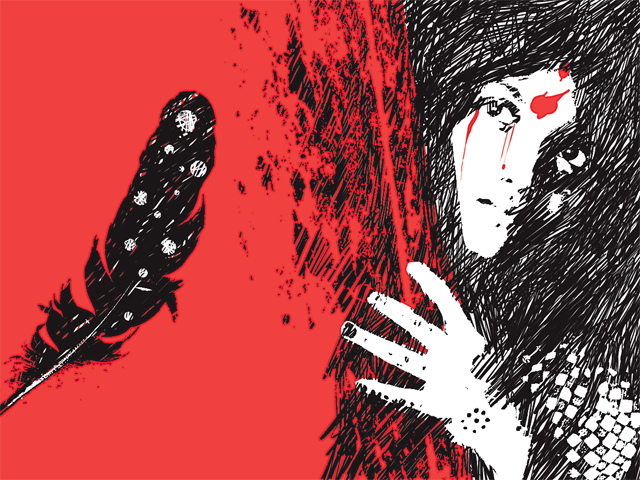 The society is so wrapped up in the notion that marriages are sacred, and also, it is culturally expected of a wife to be subordinate to her husband thus making it religiously and culturally difficult for the government to criminalize this offense. Moreover, in a society like India where people don’t have access to education it becomes difficult to teach people how to recognize the wrongs done to them. So how can a law be made when knowledge regarding it is so less that people rather than getting empowered by it, make it a tool to further abuse others. And every time this issue is raised, the question arises how a man can rape his own wife.  After all, the marriage made it legal for him to have sex with her. So how can we say she has been violated? Furthermore, even women find it difficult to understand the concept of marital rape. For them, the mere act of wooing, done by their husband make them think they are being abused. But no, that is not rape. Yes, there may be a thin line between the two but if it makes you feel comfortable and protected than it is not sexual harassment. Rather rape involves anything and everything done to your body without your consent even if the abuser is licensed by the marriage law to do it or not. Sex is supposed to make you feel loved and happy, not disgusting and derogatory. In most cases, the abuser doesn’t know he is doing something wrong, nor the victim realizes the abuse even though it may make her feel disgusted. Therefore, crime is not recognized, and thus, it happens over and over again until the victim starts losing herself or maybe gets so frustrated that she commits suicide. Therefore, a proper sexual knowledge has to be imparted to the individuals from an early age so that they could easily differentiate between something as basic as good touch and bad touch and take steps to stop it at its initial stage so that the abuser never gains enough power to further harass them.