“DARK FANTASY”… I guess the first thing that has sparked your thought reading these two words is some chocolate cookies… isn’t it? CHOCOLATES DEFINITELY ARE THE MOST POTENT WEAPONS OF SATISFYING HUNGER, AND THAT TOO OF MANY TYPES! Thanks to human desires and unparalleled speed of human imagination (faster than light) which forms the skeleton of those innumerable and spontaneous improvisations possible. Nope! Those extemporizations are absolutely not a part of the affair of this post. My point of discussion is related to HOW SOME PEOPLE — USE AND MIS– USE THESE COCOA DERIVATIVES for playing it really dirty! “CH” for Chocolates… ”CH” for Child… ”CH” for Choice… ”CH” for Cheap… “CH” for Chauvinism…and there is a “CH” in Debauchery as well! 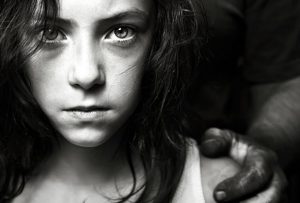 Children love chocolates! In fact, the child in each one of us loves it! And we love it dark! But have you ever tried to imagine or feel how a chocolate can turn someone’s delightful life into a dark graveyard where the brutally murdered innocence rests and yes, not in peace, almost turning a being into a black hole? We come across so many incidents of sexual abuse of children, mostly girls, where the basic story reveals around the victims being given the “CHOICE” of having their favourite “CHOCOLATES” provided they accompany their oppressors for a walk or a game and the latter later shows their true colours of being an arse of class in an obscene act of an absolutely “CHEAP” “DEBAUCHERY”!!!!!! Now, we have that million-dollar question: Who should be blamed for all these? It’s mostly the people, whom you know, ruin your child’s life. How can you trust the well-being of your child with someone else when you cannot even trust the same with your expensive ornaments? Why don’t we respect their decisions when they refuse to be friendly with someone? Why don’t we try to dig a bit deeper and look for the reasons behind that strict NO? Why don’t we believe our children when they come to us and say that they have been touched in a way, not as same as ours? Why do we refuse to listen to their silence? What makes us choose our relatives and friends over our children? I believe that there can’t be any excuse for a child abuse, be it sexual and/or physical! And I would like to revitalize the fact that majority of the victims (I mean those who survive) don’t even realize what had happened with them! All they know is they had been mightily terrified and had been subjected to some obnoxious brutalities, unaware of the fact that it might take them an entire span of their lives to forget a few minutes of their childhoods! IT’S NOT CHILD AB– USE RESULTING IN DEATHS…IT’S MORE THAN THE DEATH OF A BODY; IT’S A MURDER OF A CHILDHOOD, SOMETIMES, A MURDER OF A SOUL!!! And for the consequences too, that follow, it’s again the parents who are responsible! It’s only the positive approach and a firm initiative of the parents, be it through words or action, which can help their children in repairing themselves and regaining their confidence with time. It’s the parents who can bring about a difference in their child’s life just by the CHOICE they make between “KEEP SILENT” or “BREAK THE SILENCE AND STOP THE VIOLENCE”! I often come across people exclaiming after reading newspapers or watching crime awareness shows: “HOW CAN A PERSON EVEN THINK OF ABUSING SUCH A YOUNG GIRL SEXUALLY?” and I just reply back with another question: “HOW CAN SO MANY GOOD PEOPLE DO NOTHING ABOUT IT?”.  I am not a very well read person in terms of all that nonsensical stats that follow behind any inhuman act and I don’t even think I need to. Crime and Punishment never belong to a particular gender or some stupid numbers! Enough secrets…enough hiding…enough shame without a reason…enough hurting…enough denials…enough confusions…enough conflicts…enough of that society acceptance crap! I talk about surviving childhood sexual abuse because I chose not to yield to the society baloney anymore. I was not the one who willingly opened my panties. So, what the hell should I be ashamed of?     ———— ABOUT THE AUTHOR: This article is written by Payel Sarkar, our intern.